Lizzie discovers that Larry Tudgeman has a crush on her and when he asks her out, she reluctantly agrees to go out with him. Surprisingly, Lizzie enjoys the date, but eventually in the end, they part ways. Meanwhile, while cleaning up some junk, Matt and Sam find an old Soap-Box Derby racer and decide to restore it.

Lizzie finds out in square-dancing class that a guy has a crush on her — but she feels her hopes are dashed when she discovers that it’s none other than Larry Tudgeman (instead of Ethan Craft, who’s viewed as good-looking and popular by the other students when compared to Larry). She turns to her mother and asks for advice about how to get rid of Larry; however, Mom suggests that Lizzie find out what he’s all about first (while also telling Lizzie that her dad was kind of a geek when she first met him), which isn’t exactly the kind of advice Lizzie wanted to hear. Not wanting to be mean, Lizzie consents to go out with Larry. Much to her surprise, he shows up for the date looking very nice and wearing what he calls his “weekend shirt.” Plus, she actually has fun on their trip to the science museum.

Still, Lizzie doesn’t want to be Larry’s girlfriend, but at school the next day, Larry assumes that she is. The situation isn’t helped when Kate broadcasts to the whole school that Lizzie and Larry are an item. After talking to Miranda and Gordo, Lizzie decides to let Larry down easy. After a day of letting him act like her boyfriend, Lizzie tells Larry that she doesn’t think they are right for each other. Unexpectedly, he agrees, but tells Lizzie she’s “the nicest person I know” — right before he asks about Miranda.

Meanwhile, Jo insists that Sam and Matt clean up all the junk accumulating around the house. The guys find Sam’s old Soap-Box Derby racer and, along with Gordo, they work to restore it. They get it in shape to run, but Sam accidentally crashes it, putting an end to the guys' racing days. 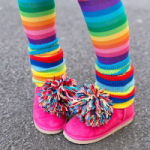